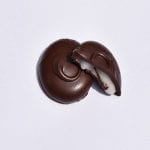 From Ice Cream Cones to a Retro Candy Favorite As you may remember, in my previous blog “The Almost-Astonishing Story of Chocolate Covered Peppermint Candy” I revealed the ascent of the peppermint pattie from Henry C. Kessler’s first ever smooth-and-creamy filled York Peppermint Pattie to the Welsh-Brothers’ Junior Miss nine years later. But, let us not forget all those other peppermint patties that rose up through the 40’s and beyond, including our newest (old-time) peppermint patties, using an original 1940s recipe from the original shop. They were a favorite at mid-20th century family-run candy stores and likely made an appearance… 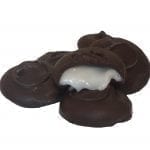