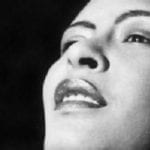 Billie Holiday Billie Holiday, born Eleanora Fagan Gough in 1915, lived a remarkable, ground-breaking, and tragic life. She was raised in an impoverished section of Baltimore by her mother, her jazz guitarist father rarely around. After spending two years in reform school, she moved to Harlem with her mother where she ran errands in a brothel and later worked as a prostitute. Eventually, she went to a speakeasy looking for work as a dancer, but wound up singing instead. This launched a remarkable, international career where she appeared with Benny Goodman, Duke Ellington, Count Basie, Artie Shaw and other greats….