Home / Blog / Uncategorized / The Strawberry, a Spy, and a Happy Accident

The Strawberry, a Spy, and a Happy Accident

Strawberry is one of the most popular candy flavors in the nation. It’s in chewing gum, hard candies, jelly beans, taffy, Caramel Creams. Strawberry leaves make a healthy and delicious tea and chocolate covered strawberries are unbeatable. Yet, the most intriguing aspect of the strawberry is its story, involving three continents, international spies, life at the high seas, and science. 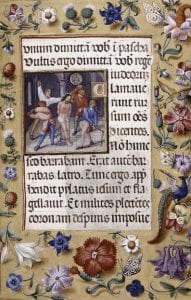 Originally, North American strawberries were tiny little nuggets, a humble yet wild plant. They held special meaning for Native Americans because they were the first to produce fruit in spring. No part was forgotten, overlooked or thrown away. Depending on the tribe, they boiled the leaves into a tea, used the root to relieve stomach problems, and ate the fruit for health and pleasure.[i]

Thomas Jefferson, whose botanical prowess is legendary, grew strawberries in his garden. In 1767, he wrote in the Garden Book that “100 fill half a pint,” which indicates how remarkably small these berries were.[ii]

Three events occurred to change the legacy of the strawberry. First, an American strawberry, known in the scientific sounding name of F. virginiana or Virginia strawberry, appeared in France in the 1600s and traveled around Europe from garden to garden, without much fanfare.[iii]  How it got there exactly no one seems to know, but it showed up in a manual of botany complied for Louis XIII in 1624.[iv] 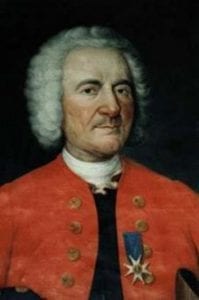 A second event occurred in 1771 – about 150 years later. King Louis XIV of France sent a spy, Lieutenant Colonel Frézier, to Chile to gather information about the Spanish who had gained control over the nation.  The Royal family was enamored with Frézier because of a book he wrote as an infantryman in the royal service. In it, he explored the many possibilities of munitions, including a favorite for celebratory events: fireworks. His book on the subject became a standard of the time.[v]

By the time he left for Chile, Frézier was an experienced and enthusiastic officer and an excellent spy. He hobnobbed with his targets, posing as a merchant sea caption and visited garrisons, forts, and armaments as an eager tourist. He befriended Spanish officers, observed the native inhabitants, and studied the native terrain, drafting detailed maps to bring home. All of this he recorded in copious notes which later became a popular book, read throughout Europe.

And there, among riff-raff and royalty, Frézier discovered the Chilean strawberry. The plant had one distinguishing quality compared to its European and North American cousins. As Frézier put it in a 1917 English translation: “The fruit is as big as a walnut or a hen’s egg…” In other words, unlike the petite varieties at home, the Chilean strawberry had heft. In addition, the flowers were enormous, the runners long, and the berries didn’t bow down like other varieties, but thrust their seeded chins up to the sun.[vi]  As for the downside – it was less flavorful than the other varieties.

Regardless, Frézier nursed the strawberry on the 160-day voyage back to France, where he, and it, survived storms, churning waves, and the threat of pirates. It’s worth noting that the French enjoyed pirating as much as anyone else but, due to time constraints, resisted the temptation to target a small, Portuguese fishing boat and, most likely, others.

Once the strawberry was settled in France, safe among botanists and gardeners, a third event happened that made today’s strawberry complete: it co-mingled with the F. virginiana. How exactly that happened no one seems to know, but the prevailing thought is the union was accidental. The culprit could have been a French botanist, perhaps Frézier himself,[vii] or George Clifford,[viii]  a botanist and director of the Netherlands East India Company. Anyway, someone put the large, yet relatively tasteless Chilean variety next to the sweet Virginia berry and soon an amazing hybrid was born – a big, robust, and tasty fruit.

One more note about Frézier: his name derived from the French word “fraise” meaning “strawberry.” His ancestor Julius de Berry gave the King of France a gift of strawberries in 916. As a thank you, the king knighted and changed his name from Berry to Fraise, later to become Frézier. As for the coat of arms –the king gave him three stalks of strawberries. Whether Frézier was aware of this or not, is anyone’s guess. He never mentioned it in his writings or referred to it in any way.[ix]

In the early nineteenth century, while strawberry cultivation was booming in Europe, in the US it trotted along. Around Boston, they were primarily grown in gardens by amateurs who hoped for the best. In New York, strawberries were more or less dropped in sandy soil in fields and mountainsides and left to fend for themselves. In North Carolina, amateurs wrote articles and experimented with the plant, but not much came of it.[x]  Other efforts to create hybrids brought so-so results. 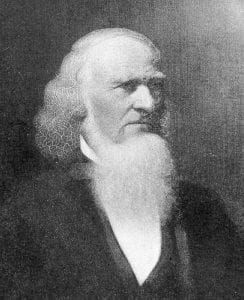 In 1834, Boston horticulturist Charles Hovey (1810-1887) changed all that. Hovey was born in Cambridge in 1810, which was at that time a rural town.[xii] Nearby Boston, however, was a center of horticultural activity. The influential Massachusetts Horticultural Society was newly formed, marking the separation between horticulture and agriculture. It’s still around today. Hovey, whose father owned a grocery and property in Cambridge when Hovey was a boy, went on to start a nursery, a seed operation, and the nation’s first horticultural magazine which ran for 40-some years.[xiii]

During this time, Hovey cross-pollenated a number of varieties to come up with the first cultivated American strawberry aptly named the “Hovey”. At the Massachusetts Horticultural Society exhibition in 1835 strawberry lovers were dumb-struck by the size and quality of the fruit. It was deemed “perfect” and viewed as the first worthy cultivated strawberry, the one the nation was waiting for.  In 1840 a dozen of the plants sold for the vast sum of $5.00.[xiv]

The Hovey remained a hit through the late 1800s.[xv] In 1894 the American Naturalist proclaimed that the Hovey strawberry

Call it irony, call it fate, but the DNA of the fabulous strawberry is unknown as Hovey lost the markers indicating the cross of the berry.[xvi] Regardless, even today, botanists agree that the orphan plant was a star and with it Hovey created the cultivated strawberry market. Every strawberry ice cream, candy, pie, or tea is evidence that the Hovey strawberry triumphs today. 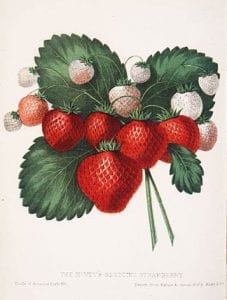 [xii] B. June Hutchinson, A Taste for Horticulture, Arnoldia, the quarterly magazine of the Arnold Arboretum at Harvard University, 1980, p. 31-35