Home / Blog / Candy History / Retro Candy You May Have Missed

Retro Candy You May Have Missed

The universe of “retro” candy is a large one, spanning over 150+ years – Wax Lips (early 1900s), Good n’ Plenty (1893), NECCO Wafers (1847) and such sensations as Fruit Slice Gum (1960s) and Turkish Taffy (around 1931)… to name a few. But wedged into this clutter of wrappers, flavors and advertising stints are candies long forgotten but still among us – alive, well, and ever fascinating. Here is a sample of some of them:

Cherry Cocktail (1926). Still made by the family-owned Idaho Spud Candy Company which opened in 1901. The candy bar is not your everyday cherry cordial, but a “whole maraschino cherry crème center buried in a mixture of ground peanuts and milk chocolate” the company says. The result – no classic smooth, chocolate coating but a textured mound of chocolate.

Pulled Creams (around 1840s). If you like cake frosting, you will love these – smooth, creamy and oh-so-sweet. While the Kentucky-based shop started making these sweets in 1921, they originated in the mid-1800s with the first penny candies. By the way – those early candies gave working class kids their first taste of affluence, as the low prices offered them an opportunity to enter a store and buy something. The sweet promise of success. 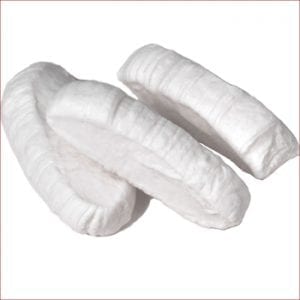 Contraband. Actually, these peppermint-molasses candies (late 1800s) have always been legal and were a favorite hard candy. In 1935, the candy store owner was enamored by the Prohibition-era G-men, James Cagney and bootleggers.  Like many others of the time, he gave children broken pieces of candy as the passed by to school. Of course, candy was forbidden in school so, in the Prohibition-era spirit, he named the candy “Contraband.” (His other hard candies were called…bullets). 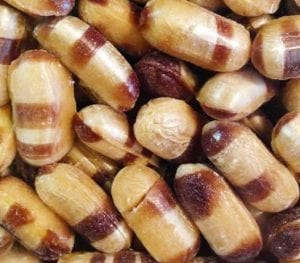