Ok – I don’t get why Americans hate corn syrup. It’s sugar. I know, the whole corn-taking-over-the-nation fear and the GMO problem. But these aren’t really about corn: they’re about our agro-economy. Don’t like GMOs, there’s plenty of non-GMO corn syrup – in fact, we sell some at True Treats.

As for the invented part? That’s the best thing! Unlike many other sugars on the market today, corn syrup is an North American original, made by the Native Americans living in various parts of the land. They also candied the cob, probably by boiling it and allowing the sugar to crystallize. 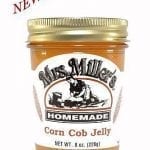 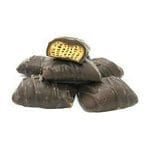