Chocolate Candy: An Aphrodisiac – Is It or Isn’t It?

Is chocolate an aphrodisiac? The answer is yes. And no. And like so much about sex and lust, somewhere in-between. Here’s what happened: when 16th century explorers, such as Hernán Cortés, landed in Mesoamerica they come across a mesmerizing sight: the great Aztec leader Montezuma, bedecked in jewels and feathers, and attended to by 200 wives. And in his regal hand he cupped a golden chalice filled with the cacao drink.

Montezuma inspired Cortés, largely to overthrow him, which he did with a devastating, bloody blow. The caca 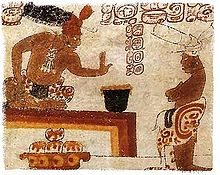 o also inspired the creative talents of Bernal Díaz del Castillo, who traveled with Cortés and recorded their journey many years later in The True History of the Conquest of New Spain. His accuracy is unknown, but the spirit of his account is impressive. It was from Castillo that we learned the improbable truth that each day Montezuma drank fifty servings of chocolate from a golden chalice, which gave him the virility to satisfy the sexual desires of his many wives.

Accuracy aside, the cacao became known as a prized food fueling and enabling sexual desire first in Spain, where the Spanish kept the cacao a much coveted secret, and later Europe where the cacao traveled from one royal marriage to another and, eventually, North America and the world.

But is Chocolate an Aphrodisiac?

Is chocolate an aphrodisiac? Here’s the “no.” Chocolate does contain phenyl ethylamine, which can activate a feeling of giddy warmth, and it does contain serotonin, which can excite the senses. Unfortunately, neither chemical is present in significant amounts.

No worries. Here’s the “yes”: Sex is in the mind, as everyone from the makers of Victoria’s Secret to men’s magazines are fully aware. And chocolate is one of the most powerful mind-aphrodisiacs in history. Truffles, starting in the turn-of-the-century, for example, were the gift of courtship, i.e. sexual intrigue. Chocolatiers created voluptuous chocolates whose rose patterns were so much like the vulva even a gynecologist would be fooled. Today, chocolate as a gift of love and lust has no rivals.

All this, thanks to Montezuma. In spite of his fall at the feet of the conquering Spanish, Montezuma, in spirit and in legend, lives on. 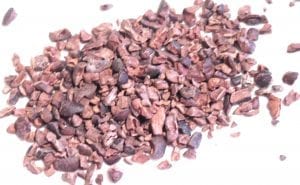 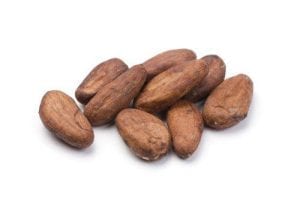